We've been adding ambient sprites and sounds to most maps, updating items, maps and classes descriptions, fine tuning abilities and revamping dialogues. It's really shaping up!

We've also added a new UI element to our main menu, which puts an icon next to any character that has enough banked AP to purchase new abilities. The quick visual indicator should cut down on the amount of menu-ing the player has to do in between battles to make sure their troops are "up-to-date". It's a small addition, but we think the quality-of-life improvement it brings is actually pretty awesome.

We're also wrapping up the last of the secret classes and we expect to be done with those come the week-end. It will bring our playable classes to: 20 normal classes, 6 secret classes and 4 story classes, for a grand total of 30. That's a lot of classes!

Now, unto the new and exciting art!

We have another new map ready. A good old-fashioned "arena" map. Really, one can't have a proper RPG without one of those I say! 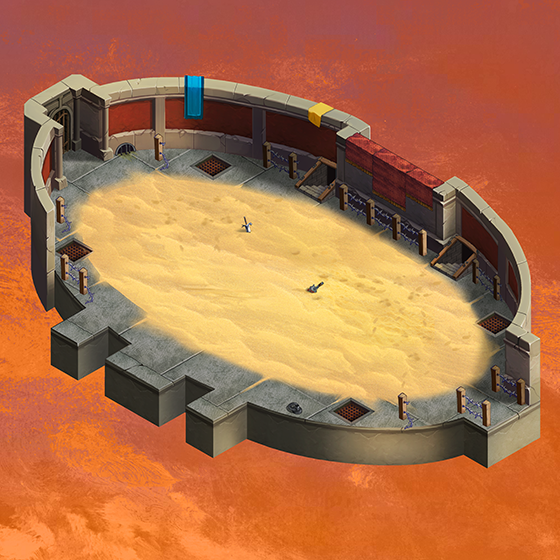 And we already have our next map in the works, in the form of a basic sketch. Here's the general looks of it: 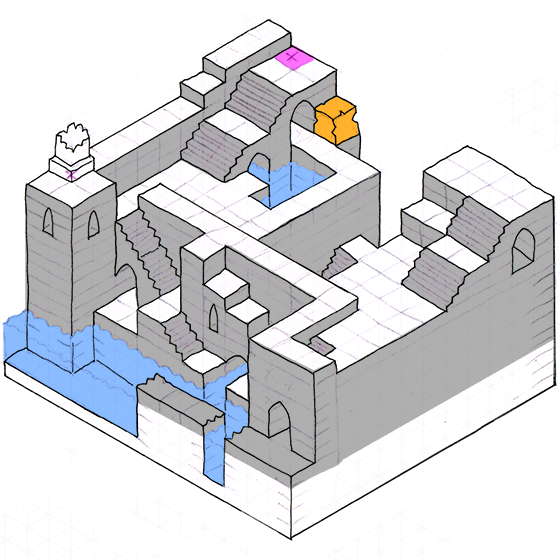 And finally, we have some new story characters completed. I think they look absolutely great!

Hmmm, yes. Not ominous in the slightest, friend.

Next week is going to be a very big for us and we'll have a few very exciting announcements! Stay tuned!

And once again, a big thank you to our Discord community for their continued incredible feedback and support! You guys really rock! :)