We updated our build early this week, with the latest localization (German, French, Portuguese, Spanish and Russian), updated intro movie (there were some issues with the last one on Linux), updated balance and a leaner build size.

Give it a look!

This week we've been working on wrapping up all cutscenes. We're missing 7 right now, so almost done with those!

We've also been focusing on wrapping up all texts fully, as we've been adding a few new texts while creating the last cutscenes. We have 1 last localization pass to handle those new additions and then everything should be fully localized.

We also got the intro movie subtitles created and those are ready to go. They should be in next week's build.

Finally, we're adding new sound effects as they get created, so we have a bunch of new ones this week and should have another big bunch to add next week. Almost done with those too, although it's certainly going to be a much closer schedule than we anticipated on that front!

We have a lot of new spells and images waiting to be added to the game, but we have to press forward with the new cutscenes to ensure they can be tested thoroughly enough. Here's a glimpse of another one of our new city images that we'll be showing on the world map: 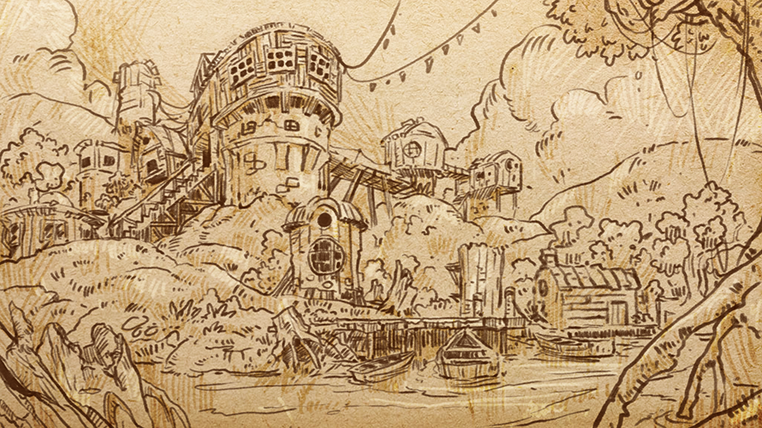