This is our 52th weekly update, which means we've been doing those for 1 year now! That's quite a lot of updates!

We've gone through a lot in the past year, from starting this dev log, to getting our free demo out on awesome sites like Game Jolt and Itch.io and, of course, with our successful Kickstarter back in September.

While there's still a lot of work left to be done, the game has really shaped up during that time! It's looking better and better and it's packing a lot of features and complexities. But, we couldn't have gotten this far without all the incredible support and feedback we've received from the fans, so a big thank you to everyone once again! The game is only looking this good because of all your feedback and comments, so, please, keep 'em coming! :)

Now, for the big announcement: for anyone that might have missed our Kickstarter and pre-order period, there is yet hope to support Fell Seal early. We don't have the exact date yet, but after a long time thinking about it, we've decided to go with a Steam Early Access. Expect it probably around late August. We'll provide the exact date as soon as we have it!

Expect a lot more info on our Early Access later, but let's just say for now that we're very excited about it. We've been amazed by the awesome amount of incredible feedback we've been able to gather from our Beta Backers and by all the improvements we've been able to add to the game because of it.

An Early Access should multiply the amount of feedback we can receive, which will result in even more improvements and an even better game come release!

Once again, thank you everyone for your great support!

Now, onto the progress report :)

We have finally completed the work on our next special boss fight. We showed you an early sketch of him before, but here's the deadly fiend in all its glory:

We're almost tempted to add a special drop called "Spice Mélange" at the end of the encounter, so big and scary that guy is! Well, rest assured there will be suitable loot awaiting you if you defeat him (but no spice melange) :)

We also have a new map ready. We showed the sketch for this one a bit ago. Here's the resulting map: 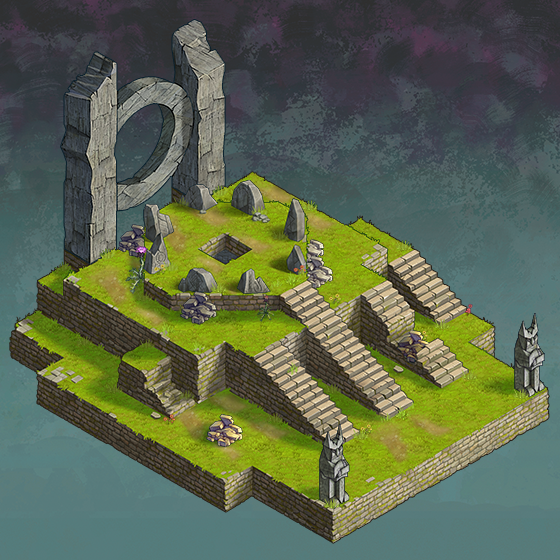 While the map is fairly straightforward, the encounters you'll face there won't be. Expect some tough opponents on this one!

On the programming/designing side, I've been slowly integrating all the chests/loot/crafting components/etc that we've been updating since last week. I just need to update the stealing/poaching tables and that should finally be over! So many loot tables >.<

We've also done a big polish pass on all the maps, where we're adding a lot of ambient sprites and effects, like parallax, etc. Everything is looking pretty awesome! Here's an example of our volcano map with some falling ashes and other small ambient sprites:

And that's it for this week :)

Thanks again for reading!